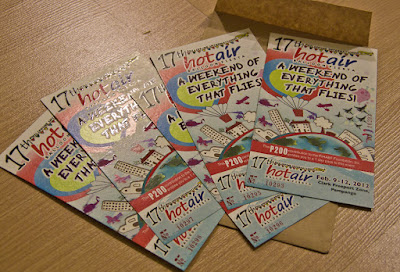 I have never seen a real, gigantic balloon take off from the ground. The Hot Air Balloon Festival at the Omni Aviation Complex inside Clark Freeport Zone was my first. This festival is held annually, during the month of February, and 2012 marks its 17th year.  It was started in 1994 with the intention of reviving Central Luzon's tourism industry and economy that was stumped by the Mt. Pinatubo eruption.  The participants also hope to awaken the youth's interest for aviation.

With merely 2hours of sleep, we dragged ourselves at 2AM and drove to Clark. We lined up at the entrance at 4:30AM along with several other guests who were also up early, the organizers weren't even there yet. It was a good thing we did our own research prior to the event and brought blankets to sit on. We snatched some nap time before the pick-up trucks started arriving in the field.

The crowd behind us 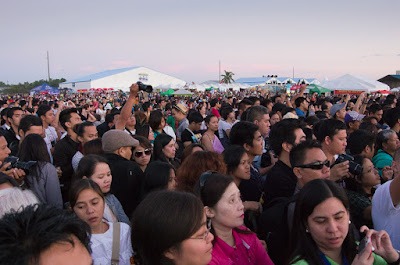 The preparation started just as the sun was shining up in the horizon. At around 6:30AM, the host called everyone's attention for the Philippine National Anthem and the Philippine Army Flag Jump. 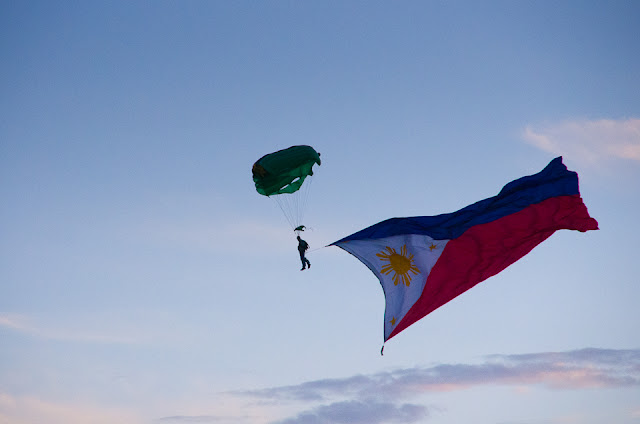 The reward for the lack-of-sleep/early-camp-out at Clark? Good front seats/standing areas! Well, except for the fact that we were in front of SM's balloon, we had a pretty good view of everything.

The balloons started inflating right in front of us.
My favorite photo 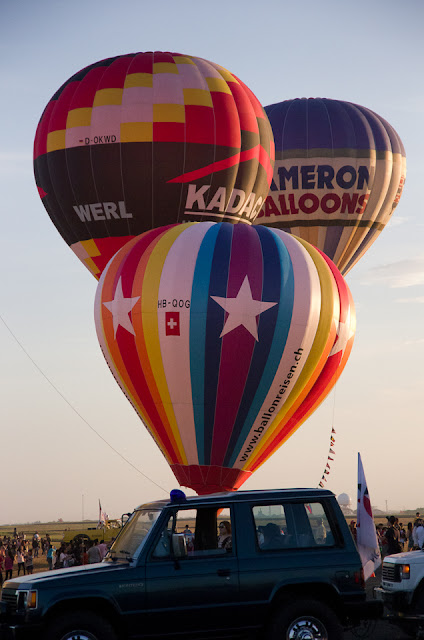 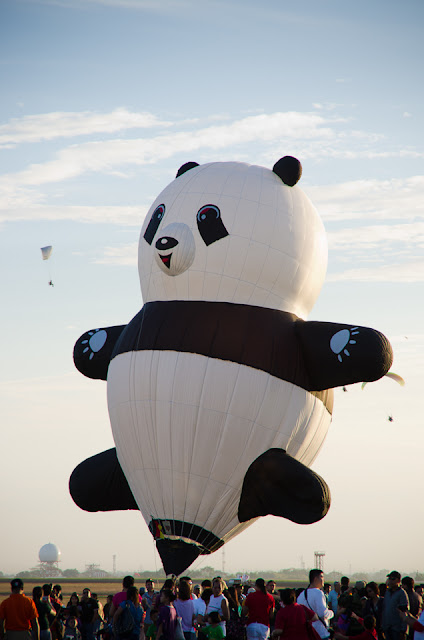 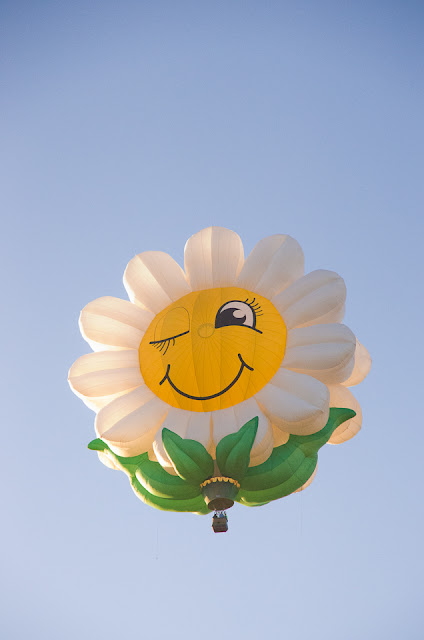 Perfect for those celebrating their birthday! 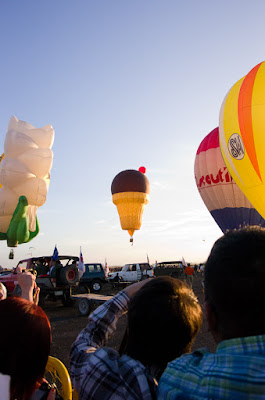 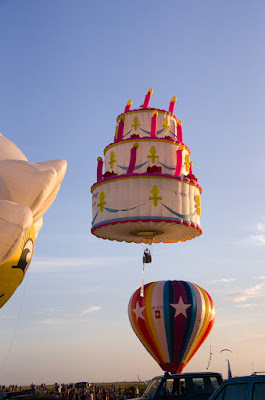 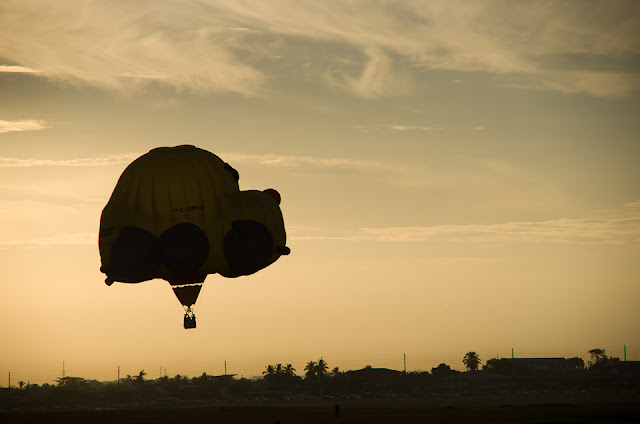 The gliders joined the fun. 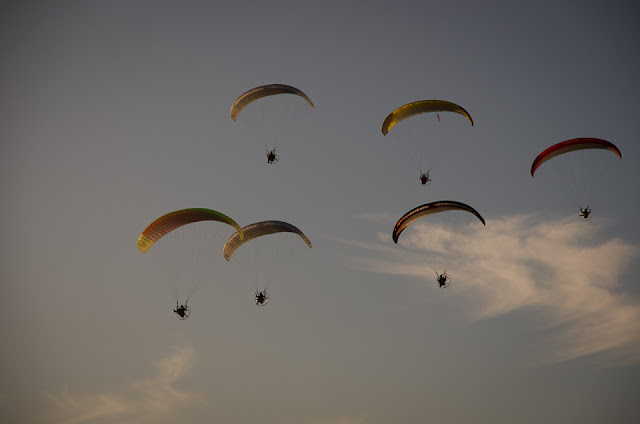 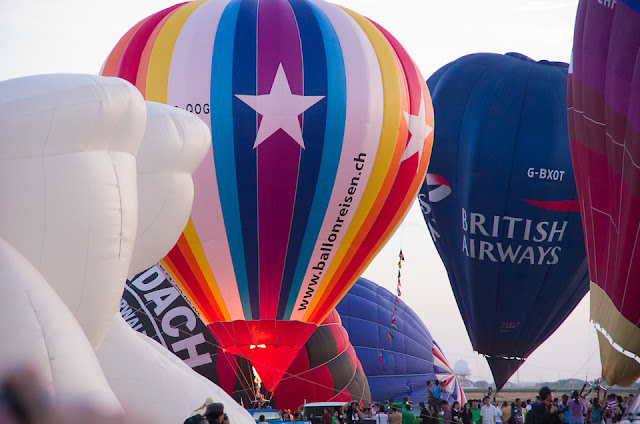 The hangar reminded me of Armageddon 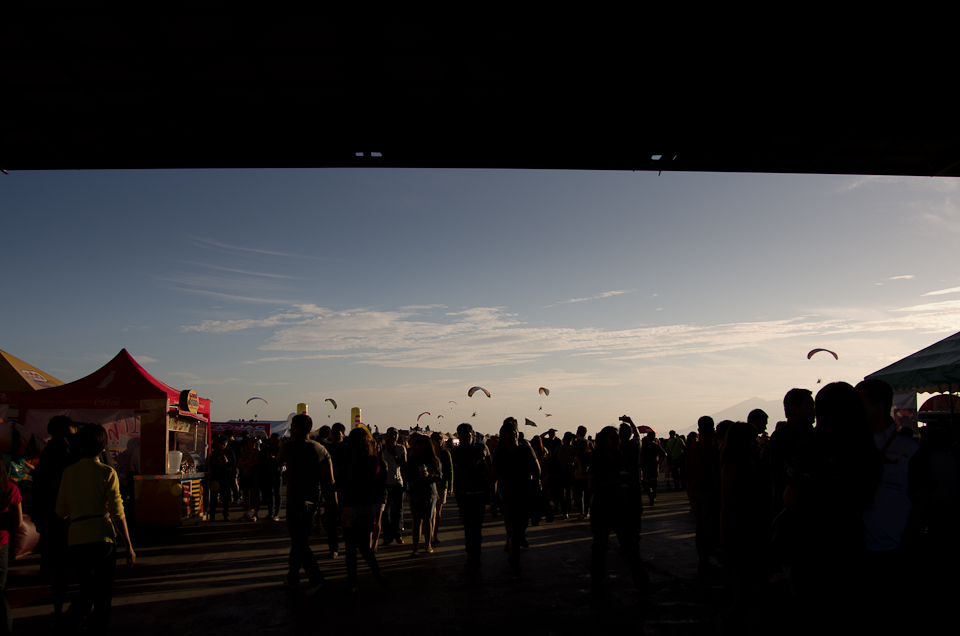 I wanted to see something as fantastic as last year's Darth Vader balloon, maybe Joker this time or even a witch, but there weren't any. The balloons were all child-friendly. 🙂  The winking sunflower is good but it would have been better with a zombie, right? Yes, I'm ruining it for the kids!
The day is packed with aerial activities like paragliding, sky diving, plane, and even kite flying up until the balloons return at 6PM. The balloons can only fly during early morning or late afternoon because these are the times when the wind is most calm and stable.
The 4-day event is well-attended by thousands of spectators, so if you want to get the most out of your 200-peso ticket, here are some tips:

1.  Buy your tickets before the event or else you'll line up first to get the tickets and next, to the entrance.

2.  Be there early if you want to get a good view and if you want less dust on your car. The parking area is a dirt road. Remember, the farther you park, the dustier your car will get.

4.  Bring umbrellas/sunblock if you plan to stay the whole day.

5.  Check out the free trips provided by nearby establishments. We saw Marquee Mall had a van to take people to and fro.

6.  The flying area is off-limits to those without passes. See if you can find an opening on the fence though. A friend found one and was able to get in. Just don't look back at the Army guy guarding the entrance.

7.  If you really wish to see the balloons fly back at dusk, be prepared to battle with a heavy Manila-bound traffic.

In our case, we only wanted to see the first part of the program.  So, after watching the balloons soar, we decided that it was time for breakfast. The second half of the day, the 'Anything That's Edible' part of the story.